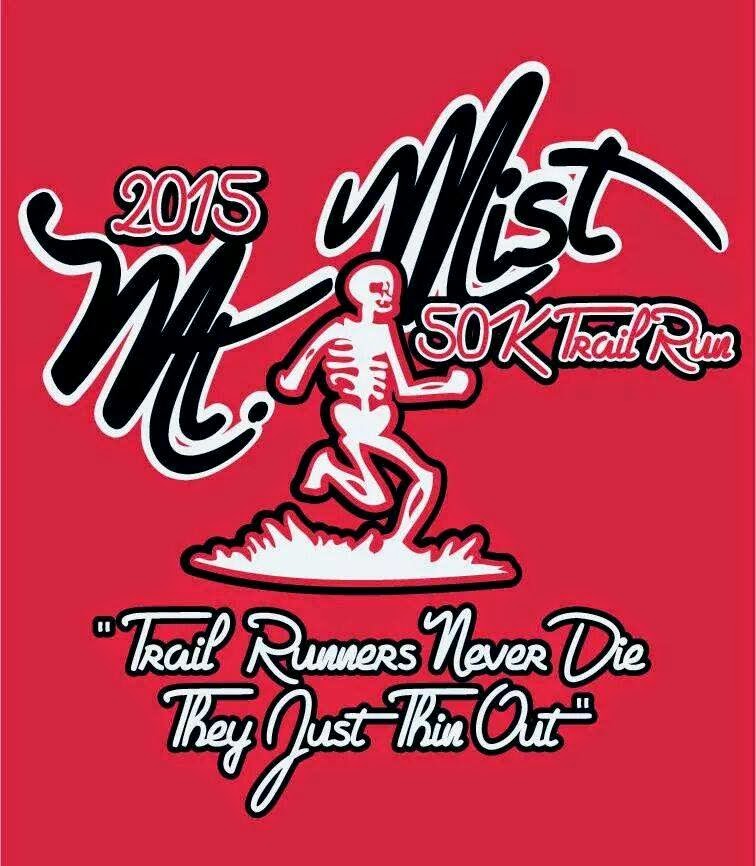 Over the weekend I decided to run what is claimed to be the premier ultra trail run in the Southeast.  31 plus miles would need to be covered to reach the finish line racing on Monte Sano in Huntsville AL.

Here’s the way I saw it.

To set the story up it will help to understand that I barely qualify to run this.  Here is a notice from the Mountain Mist site:

Those demonstrating no previous endurance activities will be denied entry or have your entry to this race removed and no refund will be issued. If you have a question about a qualification standard, please contact eric.charette@yahoo.com

I barely qualify, but I qualify nonetheless.

Weather:  A couple of days before the start it rains cats and dogs.  I can only imagine what the trail will look like after several hundred runners trample over it.  Night before the start, it snows – sure why not!  Guess with snow on the ground I don’t need to mention it’s cold.

Dress:  I decide as I usually do in really cold running to go with shorts, calf compression sleeves, long sleeve running shirt with a short sleeve running shirt over it. Visor, no boggin’ for headgear. Camelback for hydration.  Gloves.  It’s cold but hopefully I warm up after a few miles like normal.

Arrival:  Arrive at the lodge early for the start.  As I survey the other runners I’m reminded that I barely qualify to run this one.  Everyone looks like they showed up for a skinny person’s convention.  Me, I’m looking for anyone that I can hang out with that looks like a rugby player.  Just a few.  The rest appear to be serious ultra runners from all over the country.  Several men are sporting ultra beards which intimidate me.  Find some bacon, probably eat too much but I’m ready for the race.

Racing:  Racing is a relative term for me.  As with most ultra competitors it means a lot of running with periodic walks in-between – you must develop a strategy.  It’s an endurance race.  How you get to the finish line is up to you.  But there’s a catch.  This race has cut off times for the safety of volunteers and runners.  This means you must make certain aid stations by a certain time or get pulled off the course.

Aid Station One Cutoff – Start goes off without a hitch.  Run on the pavement for a little while to allow faster runners to get a head start on the trail.  I hit the trail.  It’s soooo muddy!  Several hundred runners were ahead of me and the trail was trashed from the beginning.  Then there was the first big climb – lovingly referred to as K2.  That climb just kept on giving until your legs were trashed and this takes place just a few miles in.  I was sliding in and out of mud like it was an ice patch for much of the race.  But, I make the aid station with only 5 minutes to spare.  I realize that I will probably be pulled at the second aid station due to this small margin.

Aid Station Two:  Many people got pulled from the course at station one.  So now I find myself running for miles without ever seeing anyone.  At one moment I thought I was off the trail and wondered how they would ever find anyone that far out in the middle of the forest.  Right when I started to seriously question it I saw a red trail marker – and it felt good to see it.

The Fall:  My last ultra on the mountain I found myself kicking rocks and falling.  Thought I had masted it (you never will) and was floating along (my fantasy) when I slipped on a downhill, no one within miles.  Did I mention mud?  Also this trial is littered the entire way with rocks as well!  Back to the fall…  On my way down I grab a sapling of decent size to stop my impending fall, it snaps like a toothpick and the inevitable happens.  I actually land on a dead tree after a few summer-salts, which crumbles and actually cushions my fall.  I get up hoping nothing is broke.  My ribs on my right side are aching – bad, I have a cut on my leg and a few scratches.  After getting back on track I decide I don’t care if I make the next cutoff time or not!  That hurt!

Aid Station Two Cutoff – As I pull up on aid station two and ask if I made it (I’m good if I didn’t as this is a brutal race) they said I made it by 25 minutes!  What? Darn! That means I’ll have to continue and so I do.  I am now thinking that I may actually finish the Mountain Mist!

Problem: To get to the next aid station I will need to climb Waterline.  The climb that this race is known for and you do it toward the end with tired legs.

Aid Station Three Cutoff – Things seem to be going fairly well.  Mud and rocks everywhere.  Thought I saw a dinosaur stuck in one of the mud pits. Then I see Waterline.  It just goes up and up and up.  No switchbacks.  Just up!  It became so demoralizing that I had to keep my head down and look at my feet – one step at a time. This happens after you’ve already run close to 24 miles. Then, here’s the kicker.  About 3/4 of the the way you have to climb a short rock face!  It seemed dangerous to me.  If you fell then you would fall a looooooong ways before anything could stop you.  Here’s a pic from runyourfirstultra which has many pics of the race. 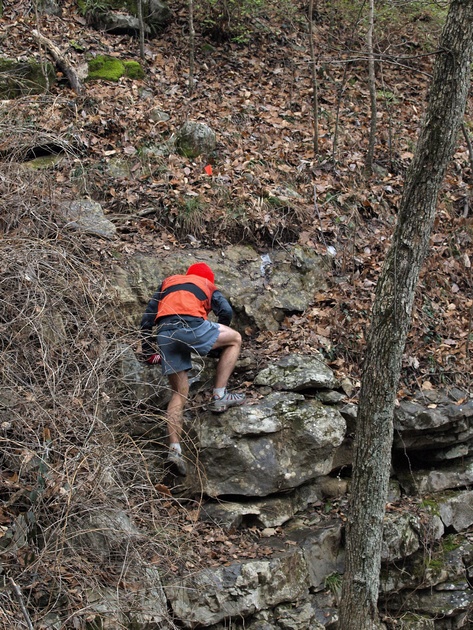 Once you finish this climb you still have a steep climb to go.  But I make it.  I have now been racing over 6/12 hours as I come up on the LAST aid station.  If I make it here I will most likely finish the Mountain Mist.

The Results are In

As I run in to the aid station the wonderful volunteers are offering encouragement.  I ask if I made the cut off and in a sad voice she says no!  I scream THANK YOU, BEST NEWS I’VE HEARD TODAY!  I was trashed and felt I got my money’s worth.  Did I mention you have to pay for this experience?

After 26-27 miles running on a trial for over 6 hours I missed the last cutoff by 10 minutes!  10 minutes!  Small things matter and if you don’t want to get pulled off the course you should RUN FASTER!

So in the end I had a great time, in a weird way.  When riding back to the lodge (the ride of shame) I said I’d never do that again – with the mud, rocks, and that rock climb, it wasn’t that fun.  But on the way home I was already thinking about how I could do better next year.

But, I did accomplish a few goals:

1. I did meet the qualifications to be able to enter the Mist

2. I did climb Waterline

But when all was said and done I didn’t see this: 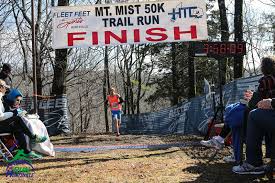 As I write this with hurting legs I’m already in the process of choosing my next ultra! It looks like either a 12 hour endurance race in Decatur, AL or a 50 miler in Alex City AL.  If your an ultra runner you must give the mist a try!  Maybe I’ll see you next year.  I’ll be the one that looks out of place.