Time Management Tips You Can Actually Do! 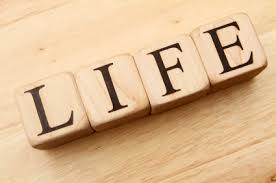 I’ve always been amazed at what people have been able to accomplish in their lifetime. I enjoy reading about people that have done a lot of crazy things in search of adventure. I loved the movie the Secret Life of Walter Mitty.  So in light of this, I decided to write down all the crazy things that I’ve been able to do – so far in my life. I would encourage you to do the same because you probably have lived an awesome life that others might enjoy reading about!

These may not be in a chronological order but here we go:

Once lived in Cuba – dad was in the Navy

Registered myself for the first grade without my parents knowledge – walked to the school and went to the office to register – who does that?

As a child rode a Trailways bus to my grandparents

Set trot lines in a creek at night

Hunted quail on my grandfathers farm

Was a Chimney Sweep apprentice

Got lost on my first cross country solo flight

Got to go whale watching in Boston

Saw a play on Broadway

Have vacationed in Disneyworld

Crashed a motorcycle on the street while skipping school

Have seen a Gutenberg bible in person

President Carter lectured in one of my Seminary classes

Was a High School softball and basketball official

Have been a Police Department chaplain riding with officers on patrol

Graduated from Candler School of Theology

Worked at an all girls treatment facility

Lettered in tennis in High school

Was once a personal trainer

Great kids and son in laws

Had throat cancer but survived – at least as of this day!

I’m sure there is a ton I’ve missed. But I have tried to take John 10:10 seriously when Jesus said I have come so you can live the abundant life.

Take time at some point and write down all you’ve been able to accomplish, you might be surprised at how good a life God has given you. As a bonus others might be interested in reading it – I know I would.