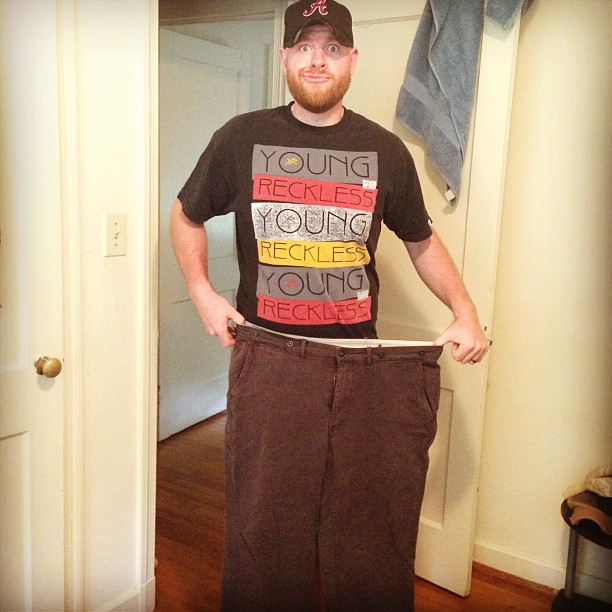 I want to tell you about Erik Smallwood’s inspirational weight loss story…and more!  But you can’t handle the truth – yet, so let me set it up for ya!

Several weeks ago I wrote a post about how I personally lost over 20 pounds – for now.  The “now” doesn’t denote more weight loss but is there because I know I want to gain some of it back – just not as belly fat this time.

But let me introduce to you my friend Erik Smallwood, the boy wonder! Erik would just scoff at the loss of a mere 20 pounds.  He’d just snap his collar and wipe it off at the mention of just 20 pounds.  You see, Erik is the real inspiration of many, as he has lost over 90 pounds!

Erik became a part of our awesome team at Friendship Church several months ago as a worship leader and so much more at our Friendship North Campus. Over the last several months he’s shared his love of fitness but was quick to let me know that this hasn’t always been the case.

When I asked about his story I was blown away. He shared how he was an emotional eater finding comfort in food but one day woke up and decided to drop the excuses and do something about it. And do something about it he did! To the point he’s become an inspiration to many. He’s lost over 90 pounds or so and isn’t finished! Plus he’s happy to show you how too, if you’ll just ask!

I once asked him what’s the heaviest he’s ever been and he said he was afraid to look at the scales after the day 285 showed up under his feet.  He’ll tell you about all the baggy clothes, that he believed made him look better when he was at his heaviest.  He’ll tell you about the lonely nights in his apartment when he would turn to food for comfort. And did he find comfort!  About 285 plus pounds of it! One mouthful of BMI after another!  Now you’re ready for the truth!

Here’s the case today!  While he’s happy to share his success story, he’s even more excited to tell you about his current workout routine.  Of how he gets up early before work to go to the gym.  When his current gym closed for the week, he drove to another gym outside town. You’ll often find him and his wife, Hannah, preparing healthy meals a week in advance. BTW, Hannah, has an equally great story that I’ll be posting about soon! The Wonder Boy is now DRIVEN!

While all that’s great, what Erik is really happy to tell you about is his faith.  How he was musically mentored by a friend named John David, played in a Christian Band, became a Christian worship leader for years but then left the church for years. He’ll tell you how he was hurt and broken but mysteriously found his way back to the church after a successful career as a worldly musician. He still loves playing his originals around town and DJ’ing at local gigs!

So if you have the time, Erik is more than happy to tell you how to lose weight, how to stay fit, how to how to lead worship, and how to follow Christ.

Seriously if you’d like to know more he’s happy to talk about any of those.

If you want to know more about Erik’s other life, go checkout that story at eriksmallwood.com “about” page.  There you’ll find that he’s opened for some pretty big acts – opening for major acts like Joe Diffie, Jason Isbell, Shooter Jennings, Jason Michael Carroll, David Alan Coe, Josh Thompson, ThirdDay, Eli, Plus One, Gary Jules, Lenny LeBlanc, The Embers, Jennifer Knapp, Disciple, Luna Halo, Gary Nichols (The Steeldrivers), and many others.

Erik is the real deal.  Just check out these before and after pics. 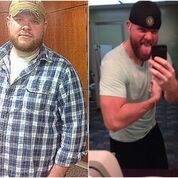 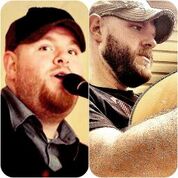 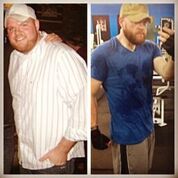